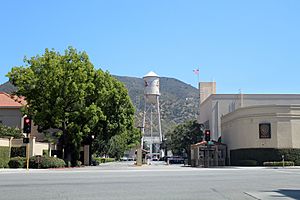 The Big Eight are the United States's major movie production studios who also distribute their product. Most of them have their offices in Hollywood.

The Big Six are the group of major companies who own them. Their main offices are mostly far from Hollywood. 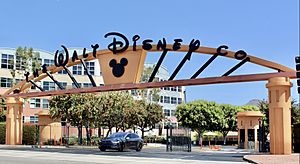 The other major studios

All content from Kiddle encyclopedia articles (including the article images and facts) can be freely used under Attribution-ShareAlike license, unless stated otherwise. Cite this article:
Major movie studios Facts for Kids. Kiddle Encyclopedia.