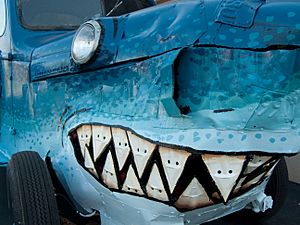 Mini Maker Faires and other events 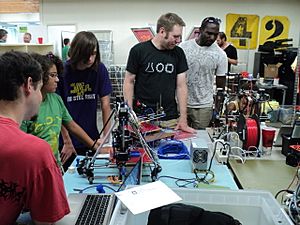 Children participating at a Maker Meetup in Garden City, Idaho 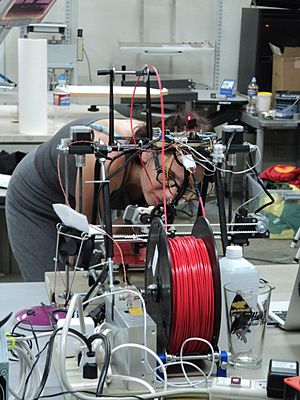 An organizer examines a project

In 2015, the US Embassy in Cairo and Fab Lab Egypt started organizing Maker Faire Cairo that received thousands of visitors.

Maker Faires are also held in Europe, Asia, South America and Africa. The first Maker Faire in the United Kingdom took place on March 14–15, 2009, in Newcastle upon Tyne, as a joint venture with the Newcastle ScienceFest.

In 2010, Canada had their first Mini Maker Faire in Ottawa, Ontario on November 6–7.

Maker Faire has spread worldwide, and the first Maker Faire in Hong Kong was held in 2014. The next year it grew significantly and was organized by The Hong Kong Polytechnic University, led by Dr. Clifford Choy from the university's School of Design in November 2015 as well as in April 2017.

All content from Kiddle encyclopedia articles (including the article images and facts) can be freely used under Attribution-ShareAlike license, unless stated otherwise. Cite this article:
Maker Faire Facts for Kids. Kiddle Encyclopedia.