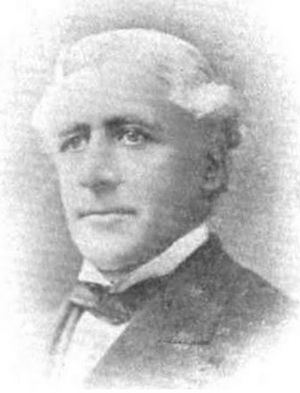 From 1898's Norwich University: Her History, Her Graduates, Her Roll of Honor

Milan H. Sessions (December 4, 1821 - April 18, 1898) was a Union Army officer in the American Civil War. An attorney and politician, he served in several positions in Vermont, Wisconsin, and Nebraska, including prosecuting attorney and state legislator.

Milan Hebard Sessions was born on December 4, 1821 in Randolph, Vermont. In 1847, he married Caroline C. Chandler. They had three children before she died in 1857. Sessions moved to Waupaca, Wisconsin in 1855. During the American Civil War, he served with the 21st Wisconsin Volunteer Infantry Regiment of the Union Army with the rank of captain. He married Elizabeth Wilson in 1866. They had one daughter before she died in 1868. Sessions then moved to Lincoln, Nebraska in 1871. In 1878, he married Jane E. Josyslin.

Sessions was State's Attorney of Washington County, Vermont from 1853 to 1854. He was District Attorney of Waupaca County, Wisconsin from 1860 to 1861. Later, Sessions was a member of the Wisconsin State Senate and of the Wisconsin State Assembly. In 1871, he was defeated for the Senate by his law partner, Myron Reed. He was a member of the Nebraska House of Representatives in 1873 and 1879, serving as Speaker of the House of Representatives during his second term.

All content from Kiddle encyclopedia articles (including the article images and facts) can be freely used under Attribution-ShareAlike license, unless stated otherwise. Cite this article:
Milan H. Sessions Facts for Kids. Kiddle Encyclopedia.