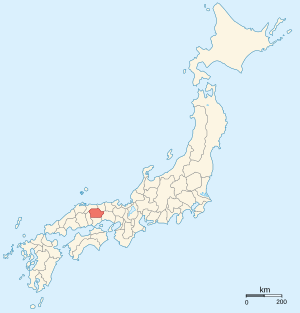 The province had borders with Bitchū, Bizen, Harima, Hōki, and Inaba Provinces.

The ancient capital city of the province was Tsuyama. 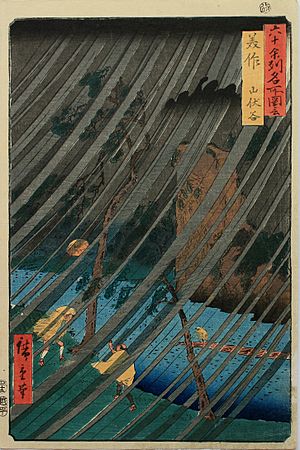 In 713 (Wadō 6, 3rd month), the land of Mimasaka was separated from Bizen Province.

Mimasaka was the home of the samurai Miyamoto Musashi who is known for writing The Book of Five Rings.

In the Meiji period, the provinces of Japan were converted into prefectures. The maps of Japan and Mimasaka Province were reformed in the 1870s.

Nakayama jinja was the chief Shinto shrine (ichinomiya) of Mimasaka.

All content from Kiddle encyclopedia articles (including the article images and facts) can be freely used under Attribution-ShareAlike license, unless stated otherwise. Cite this article:
Mimasaka Province Facts for Kids. Kiddle Encyclopedia.