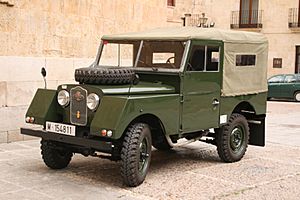 Minerva was a Belgian firm, a famous manufacturer of luxury automobile. The company became defunct in 1956.

In 1883 a young Belgian called Sylvain de Jong settled in Antwerp, Belgium. He started a bicycle factory over there. By the end of that century he started producing motorbikes, and after a while cars as well. In 1900 he founded the NV Minerva Motors in Berchem (Antwerp). A certain Charles S Rolls was Minerva dealer in England. The small 1 cylinder Minervette was there with its 105 Pound, the cheapest car.
In the years after the fame of the cars was rising enormous. Most important market for the constructor remained however England that took the biggest part of the production, followed by the Netherlands and France. From 1908 Minerva got a worldwide Knight licence. The Knight motor was a motor without valves, developed by Charles Y Knight in the United States. These motors were extremely silent. The company did well in several car racing competitions in Europe. After worldwar I, during which Sylvain de Jong and his engineers headed to Amsterdam, where they kept on developing parts, they returned to start up the production of luxury cars. The constructors star rose in the United States as well, American filmstars, politicians and industrials liked them cars as well (even Henry Ford had before the WW already one!). The car had the same qualities as the Rolls Royce, but was a little cheaper. With the economical crisis in the 30's, the company went bankrupt in 1936. The remains were taken over by another Belgian constructor named Imperia. Imperia putted the name Minerva on their cars for export to England and France and for the trucks (which Minerva had made before too).
After worldwar II the company produced Land Rovers under licence for the Belgian army. Production of these 4Wheel Drives stopped in 1953. The company struggled for survival and made some Land Rover-like cars till 1956. But than the constructor diappeared completely. Nowadays are still several Minerva's all over the world in a driveable condition.

All content from Kiddle encyclopedia articles (including the article images and facts) can be freely used under Attribution-ShareAlike license, unless stated otherwise. Cite this article:
Minerva cars Facts for Kids. Kiddle Encyclopedia.