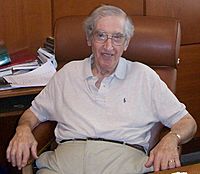 Morton Ira Greenberg (March 20, 1933 – January 28, 2021) was an American politician and lawyer. He was a Judge of the United States Court of Appeals for the Third Circuit from 1987 until his death. He became senior judge in 2000. He was nominated by President Ronald Reagan on February 11, 1987 to the court. Greenberg was born in Philadelphia, Pennsylvania.

All content from Kiddle encyclopedia articles (including the article images and facts) can be freely used under Attribution-ShareAlike license, unless stated otherwise. Cite this article:
Morton Ira Greenberg Facts for Kids. Kiddle Encyclopedia.