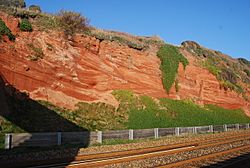 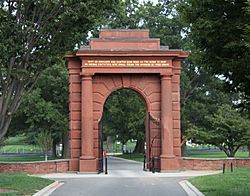 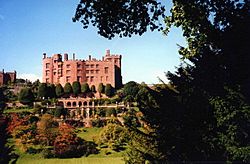 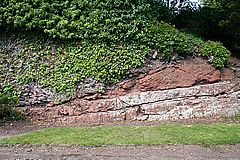 The New Red Sandstone is a sandstone rock in Britain and elsewhere. It was laid down in desert conditions from the Permian (280 million years ago) to the beginning of the Triassic (240 million years ago). It underlies the Jurassic Lias, which are marine rocks such as the Blue Lias.

the red sand stone was formed from 416 million to 359.2 million years ago . it was washed up on the beach

All content from Kiddle encyclopedia articles (including the article images and facts) can be freely used under Attribution-ShareAlike license, unless stated otherwise. Cite this article:
New Red Sandstone Facts for Kids. Kiddle Encyclopedia.