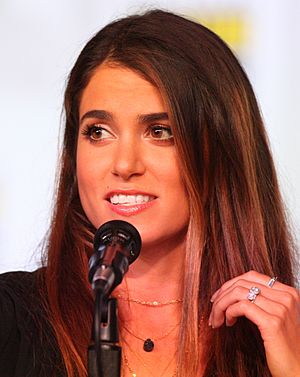 Nicole "Nikki" Reed (born May 17 1988) is an American movie actress. She has been featured mostly in independent movies. She was first brought to fame in 2003 with Thirteen.

All content from Kiddle encyclopedia articles (including the article images and facts) can be freely used under Attribution-ShareAlike license, unless stated otherwise. Cite this article:
Nikki Reed Facts for Kids. Kiddle Encyclopedia.