Northern Rhodesia was a territory in south central Africa. It was founded in 1911. It became independent in 1964 as Zambia.

The term "Rhodesia" in geography meant a region which is now Zambia and Zimbabwe. From 1964 on, it only meant Southern Rhodesia. 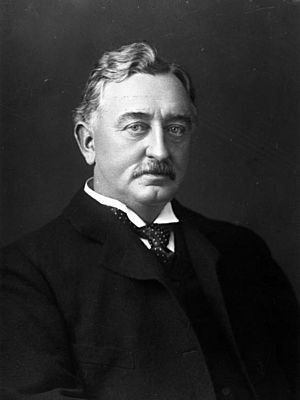 The name "Rhodesia" was derived from the surname of Cecil John Rhodes, the British empire-builder who was the most important figure in European expansion into southern Africa. Rhodes pushed British influence into the region by obtaining mineral rights from local chiefs under questionable circumstances. His decision to colonise Northern Rhodesia was taken after Rhodes colonised Nyasaland: he sent emissaries from Nyasaland, Alfred Sharpe, Joseph Thomson and Frank Elliott Lochner, to make treaties with chiefs in the area. After King Lewanika of the Barotse signed a treaty in 1890, in 1891 the area north of the Zambezi was formally placed under the Charter of the British South Africa Company.

The Company built a railway through from Livingstone to the Belgian Congo between 1904 and 1909 and some mines were set up. However, the Company considered the principal economic benefit of Northern Rhodesia to be as a reservoir for migrant labour which could be called upon for Southern Rhodesia. In addition there was some cattle farming in Barotseland.

British common law became the basis of the administration of the area, unlike Roman-Dutch law which applied in Southern Rhodesia. In 1916, the British South Africa Company attempted to unify the administration of the two territories, but this foundered because of opposition from the Southern Rhodesian colonialists who were concerned about taking responsibility for a large undeveloped area and also about the Northern Rhodesian practice of employing Africans in administrative posts because there were too few European settlers. The prospect of a split in opinion between the Company and the settlers led to the establishment of an Advisory Council through which settler opinion could be communicated.

All content from Kiddle encyclopedia articles (including the article images and facts) can be freely used under Attribution-ShareAlike license, unless stated otherwise. Cite this article:
Northern Rhodesia Facts for Kids. Kiddle Encyclopedia.