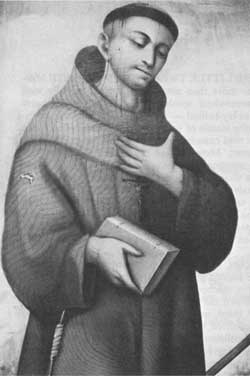 Francisco Garcés in 1775, first European to use the pass

Oak Creek Pass (elevation 4,820 feet (1,470 m)) is a mountain pass through the Tehachapi Mountains, in Kern County, California. The road across it connects the City of Tehachapi with the Mojave Desert.

The first European to use the pass was Francisco Garces, in 1776. He used it to return to the Mojave Desert after exploring the San Joaquin Valley.

It was later used by John C. Frémont during his exploration of the west from 1843-1844. Like Garces, he also used it to cross from the San Joaquin Valley to the Mojave Desert. That route would also later be used by present day California State Route 58.

All content from Kiddle encyclopedia articles (including the article images and facts) can be freely used under Attribution-ShareAlike license, unless stated otherwise. Cite this article:
Oak Creek Pass Facts for Kids. Kiddle Encyclopedia.