Oak Grove is an unincorporated community in Clackamas County, Oregon, United States, in the Portland metropolitan area. For statistical purposes, the United States Census Bureau has defined Oak Grove as a census-designated place (CDP). The census definition of the area may not precisely correspond to local understanding of the area with the same name. The population was 16,629 at the 2010 census. 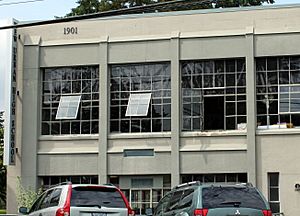 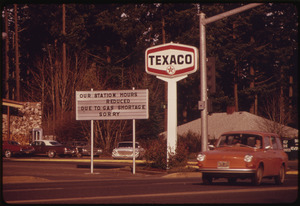 Oak Grove was named at the suggestion of Edward W. Cornell, a member of the surveying party that platted the townsite in the 1890s. The company that was developing the property had not been able to come up with a good name for the place, and Cornell suggested "Oak Grove" after a crew ate lunch in a stand of oak trees in the northwestern part of the tract.

The area was served first from the Milwaukie post office. In 1904, Creighton post office was established, named for Susan Creighton, on whose donation land claim the office stood. Postal authorities did not name the office "Oak Grove" in order to avoid duplication. There had once been an Oak Grove post office in Josephine County. The first postmaster was noted Oregon botanist Thomas J. Howell.

Oak Grove is home to a LINCC library operated by Clackamas County.

Oak Grove is located in northwestern Clackamas County, bordered to the north by the city of Milwaukie, to the east by unincorporated Oatfield, to the south by unincorporated Jennings Lodge, and to the west by the Willamette River, across which are the cities of West Linn and Lake Oswego. Oregon Route 99E runs through Oak Grove as McLoughlin Boulevard; it leads north 8 miles (13 km) to downtown Portland and south 4 miles (6 km) to Oregon City.

Hog Island, an island in the Willamette River, is located within the boundaries of Oak Grove.

There were 5,641 households out of which 24.7% had children under the age of 18 living with them, 43.9% were married couples living together, 9.9% had a female householder with no husband present, and 42.4% were non-families. 35.2% of all households were made up of individuals and 18.8% had someone living alone who was 65 years of age or older. The average household size was 2.24 and the average family size was 2.89.

All content from Kiddle encyclopedia articles (including the article images and facts) can be freely used under Attribution-ShareAlike license, unless stated otherwise. Cite this article:
Oak Grove, Oregon Facts for Kids. Kiddle Encyclopedia.