Milwaukie is a city in Clackamas County, Oregon, United States. A very small portion of the city extends into Multnomah County. The population was 20,291 at the 2010 census. Founded in 1847 on the banks of the Willamette River, the city, known as the Dogwood City of the West, was incorporated in 1903 and is noted as the birthplace of the Bing cherry. The city is now a suburb of Portland and also adjoins the unincorporated areas of Clackamas and Oak Grove. 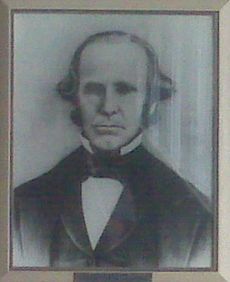 Milwaukie was settled in 1847 and formally platted in 1849 as a rival to the upriver Oregon City by Lot Whitcomb, who named it for Milwaukee, Wisconsin. At the time, the Wisconsin city was also frequently spelled "Milwaukie" before the current spelling was adopted. Some accounts also state that the Oregon city used an alternate spelling to prevent confusion at the post office.

Whitcomb arrived in Oregon in 1848 and settled on a donation land claim, where he built a sawmill and a gristmill. Milwaukie rivaled Portland and Oregon City for a time, but Portland eventually became the bigger city because it had a deeper port. The first post office at Milwaukie was established in 1850, with Whitcomb as the first postmaster. The community was incorporated by the Oregon Legislative Assembly on February 4, 1903, originally as the Town of Milwaukie.

The Oregon and California Railroad named their station there Milwaukee in 1870 and corrected it to Milwaukie in 1892. As the city center grew further from the railroad and a branch line was built across the Willamette to Oswego, Milwaukie station was replaced and renamed Lambert for Joseph H. Lambert, a pioneer orchardist who developed the Lambert cherry. The name of the station was changed to East Milwaukee in 1913 and corrected to East Milwaukie in 1916.

The Bing cherry, among other varieties, was developed in Milwaukie by another pioneer orchardist, Seth Lewelling, who settled in the area with his brother Henderson Luelling. 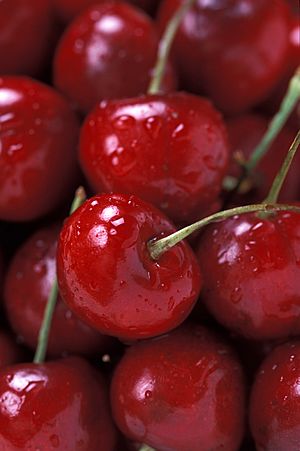 There were 8,667 households of which 27.9% had children under the age of 18 living with them, 41.5% were married couples living together, 11.9% had a female householder with no husband present, 5.2% had a male householder with no wife present, and 41.4% were non-families. 31.8% of all households were made up of individuals and 10.4% had someone living alone who was 65 years of age or older. The average household size was 2.32 and the average family size was 2.91.

There were 8,561 households out of which 28.3% had children under the age of 18 living with them, 45.8% were married couples living together, 11.3% had a female householder with no husband present, and 38.3% were non-families. 30.3% of all households were made up of individuals and 10.4% had someone living alone who was 65 years of age or older. The average household size was 2.35 and the average family size was 2.93.

Milwaukie is within the TriMet transit district and is served by several TriMet bus lines. TriMet established a transit center in downtown Milwaukie in 1981, served by as many as 12 routes (in 2000), using on-street stops around the intersection of Jackson Street and 21st Avenue, next to Milwaukie City Hall. Since 2010, the bus stops that previously comprised Milwaukie TC are no longer designated as a "transit center" by TriMet. In fall 2015, the focal point for rider transfers between routes shifted southward from the former transit-center location, with the opening of a new light rail station at the south end of downtown.

TriMet's MAX Light Rail service was extended to Milwaukie on September 12, 2015. Construction of the MAX Orange Line, a light-rail connection between Portland and Milwaukie, began in 2011. Although this project was planned for many years, it faced strong opposition by opponents of "Portland Creep"; in September 2012, opponents succeeded in passing a ballot initiative requiring that all Clackamas County spending on light rail be directly approved by the voters. The 7.3-mile (11.7 km) line was sufficiently complete by May 15, 2015, for 500 passengers to make an initial special run along its whole length. Regular passenger service began four months later.

Streetcars began serving Milwaukie in August 1892, when the East Side Railway Company extended its service beyond the then-town of Sellwood. The company built a carbarn and workshop in downtown Milwaukie, on Jackson Street at River Road (now McLoughlin Blvd. at that location), which opened in December 1892. The following year, the company extended its line to Oregon City, and interurban service between Portland and Oregon City via Milwaukie began operating. During the several decades after 1900, a succession of other private companies, including the Portland Railway, Light and Power Company, operated the streetcar and interurban service to and through the town. All interurban service was discontinued in January 1958. At the time, the Portland–Milwaukie–Oregon City and Portland–Sellwood–Bellrose lines had been the last streetcar or interurban service operating in the Portland metropolitan area, and not until 1986 did interurban service return—in the form of MAX (light rail) between Portland and Gresham. Oregon Motor Stages, Inc., had provided some bus service through Milwaukie until 1954, when it abruptly ceased all operation. Replacement transit-bus service was introduced in 1955 by Intercity Buses, Inc., a member of a consortium of four bus companies collectively known as the "Blue Bus" lines, and Intercity expanded its service after the 1958 abandonment of the rail service. TriMet, a new government-owned public transit authority, was established in 1969, and in September 1970 it took over all of the "Blue Bus" companies. TriMet has been the primary provider of transit service in Milwaukie since that time.

Amtrak passenger trains pass through Milwaukie without stopping. However, for a brief period in the early 1980s an experimental Amtrak service named the Willamette Valley Express made a regular stop in Milwaukie, just east of the intersection of Harrison Street and Highway 224 (a location Amtrak referred to as East Milwaukie). The service, which ran twice a day in each direction and connected Portland with Eugene, was introduced on a trial basis in August 1980 and discontinued at the end of 1981.

Milwaukie has one sister city

All content from Kiddle encyclopedia articles (including the article images and facts) can be freely used under Attribution-ShareAlike license, unless stated otherwise. Cite this article:
Milwaukie, Oregon Facts for Kids. Kiddle Encyclopedia.