Parks and open spaces in London facts for kids 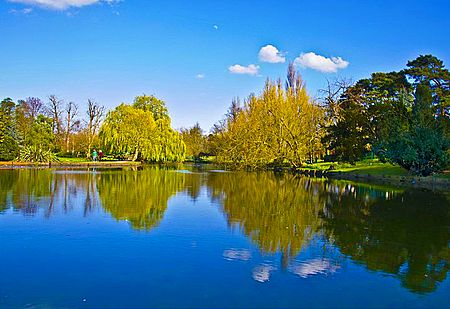 There are many parks and open spaces in Greater London, England. Green space in central London consists of eight Royal Parks, supplemented by a number of small garden squares scattered throughout the city centre. Open space in the rest of the region is dominated by the remaining three Royal Parks and many other parks and open spaces of a range of sizes, run mainly by the local London boroughs, although other owners include the National Trust and the City of London Corporation. 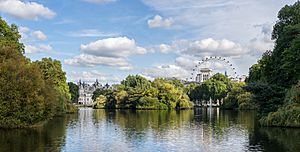 The centrepieces of Greater London's park system are the eight Royal Parks of London. Covering 1976 hectares (4,882 acres), they are former royal hunting grounds which are now open to the public. 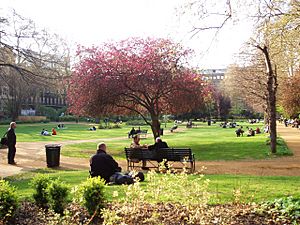 View of the centre of Gordon Square.

Many of the smaller green spaces in central London are garden squares, which were built for the private use of the residents of the fashionable districts, but in some cases are now open to the public. Notable examples open to the public are Russell Square in Bloomsbury, Lincoln's Inn Fields in Holborn and Soho Square in Soho.

The Royal Borough of Kensington and Chelsea contains over a hundred garden squares whose use is restricted to residents. The upkeep of these squares is paid for through a levy on top of residents' council tax. 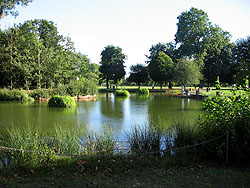 The bathing pond at Victoria Park. Unused for bathing since the 1930s.

In addition to these spaces, a large number of council-owned parks were developed between the mid 19th century and the Second World War. 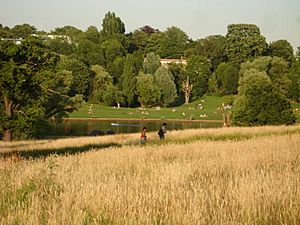 Other major open spaces in the suburbs include:

They have a more informal and semi-natural character, having originally been countryside areas protected against surrounding urbanisation. Some cemeteries provide extensive green land within the city — notably Highgate Cemetery, burial place of Karl Marx and Michael Faraday amongst others. Completing London's array of green spaces are two paid entrance gardens — the leader is the Royal Botanic Garden at Kew, whilst the royal residence of Hampton Court Palace also has a celebrated garden. All Outer London boroughs contain sections of the metropolitan green belt.

There are over a hundred registered commons in London, ranging in size from small fragments of land to large expanses. 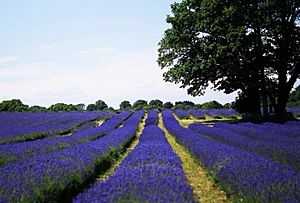 Lavender field in the London Borough of Sutton

There are two historic lavender fields in the London Borough of Sutton. One, at Oaks Way, Carshalton Beeches is three acres in size and is run as a not-for-profit community project. The other, a 25-acre commercial site in Croydon Lane called Mayfield, is popular with tourists. Situated on the North Downs of Surrey, the locality is ideal for lavender cultivation, owing to the chalky free-draining nature of the soil. It was known as the "Lavender Capital of the World" from the 18th to the early 20th centuries, with global production of the plant centred here and blue fields dotting the area.

There are several types of London greenways including The Greenway and the Thames Path.

All content from Kiddle encyclopedia articles (including the article images and facts) can be freely used under Attribution-ShareAlike license, unless stated otherwise. Cite this article:
Parks and open spaces in London Facts for Kids. Kiddle Encyclopedia.