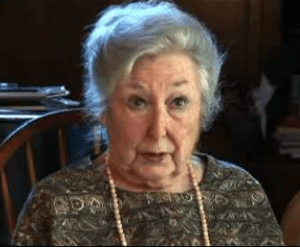 Phyllis Curtin (December 3, 1921 – June 4, 2016) was an American classical soprano. She had an active career in operas and concerts from the early 1950s through the 1980s. She was known for her creation of new roles such as the title role in the Carlisle Floyd opera Susannah, Catherine Earnshaw in Floyd's Wuthering Heights, and in other works by this composer. She retired from singing in 1984.

All content from Kiddle encyclopedia articles (including the article images and facts) can be freely used under Attribution-ShareAlike license, unless stated otherwise. Cite this article:
Phyllis Curtin Facts for Kids. Kiddle Encyclopedia.