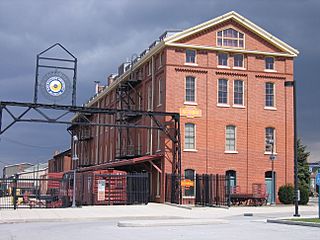 The Railroaders Memorial Museum is a railroad museum in Altoona, Pennsylvania. The museum concerns the contributions of railroaders and their families to American life and industry. The museum also operates the visitor center at Horseshoe Curve.

For more than a century, Altoona was one of the most important rail facilities in the United States. The city was home to the Altoona Works: the Pennsylvania Railroad's (PRR) repair and maintenance shops, locomotive construction facility, and test department. Altoona's location at the foot of the Allegheny front and its proximity to the Horseshoe Curve route over the mountains made the city a key location in the PRR's operations. By the 1920s, the Altoona railroad works employed 15,000 workers; by 1945 the PRR's facilities at Altoona had become the world's largest rail shop complex.

In 2004, several members of the Ghost Hunters team investigated the Altoona Railroaders Memorial Museum, where the spirit of a railroad worker has reportedly been seen walking the halls. The museum did not prove to be haunted.

All content from Kiddle encyclopedia articles (including the article images and facts) can be freely used under Attribution-ShareAlike license, unless stated otherwise. Cite this article:
Railroaders Memorial Museum Facts for Kids. Kiddle Encyclopedia.