Sassafras is a genus that contains three current and one extinct species of deciduous trees in the family Lauraceae. It was originally in eastern North America and eastern Asia.

"Sassafras" was named by the botanist Nicolas Monardes in the 16th century. It is said to be a corruption of the Spanish word for saxifrage. 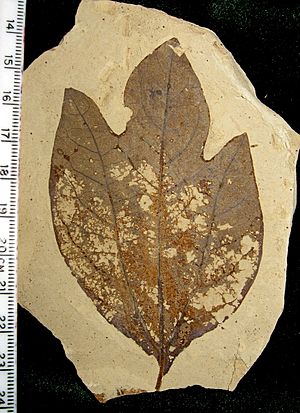 All content from Kiddle encyclopedia articles (including the article images and facts) can be freely used under Attribution-ShareAlike license, unless stated otherwise. Cite this article:
Sassafras Facts for Kids. Kiddle Encyclopedia.