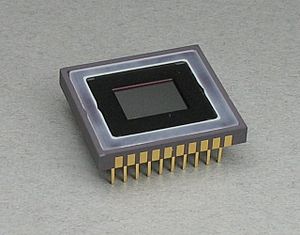 A CCD (charge-coupled device) has a grid of sensors that react to light. 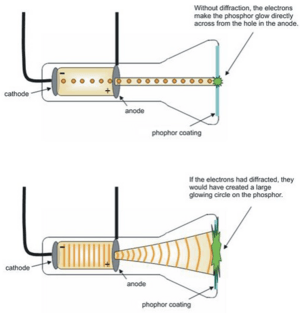 A television tube or other CRT (cathode ray tube) detects electrons on its screen. 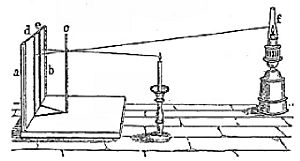 A sensor is a device that measures a physical quantity and converts it into a 'signal' which can be read by an observer or by an instrument. For example, a mercury thermometer converts the measured temperature into the expansion and contraction of a liquid which can be read on a calibrated glass tube. Video cameras and a digital cameras have an image sensor.

There are many different types of sensors. Some are used in everyday objects, and some are separate.

A sensor that detects temperature. Thermal sensors are in many laptops and computers in order to sound an alarm when a certain temperature has been exceeded.

An electronic device used to measure a physical quantity such as pressure or loudness and convert it into an electronic signal of some kind (e.g. a voltage).

This is any thing that can be used to find things like photons, electrons, etc. It can be as simple as a white wall, a sheet of white paper, etc., or as new as a charge-coupled device. When a laser is aimed at a detection screen, a bright spot can be seen on the screen, or when an electron hits the phosphors on another kind of screen, it makes that screen glow.

A motion sensor detects physical movement in a given area.

All content from Kiddle encyclopedia articles (including the article images and facts) can be freely used under Attribution-ShareAlike license, unless stated otherwise. Cite this article:
Sensor Facts for Kids. Kiddle Encyclopedia.