A sine wave is a curve with this shape: 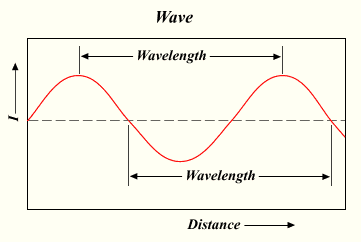 This is a picture of a sine wave.

Waves made of Sine Waves

Waves are found everywhere in the natural world. Examples of waves:

All of these waves are the sum total of many signals.

Sine waves have a "length" called a wavelength. There are other properties of waves and sine waves, such as their frequency, amplitude, phase, and speed.

Sine waves repeat over time, so this makes them periodic. The time is takes for a part of the sine wave (one cycle) to travel before it repeats itself is called the period, represented by the letter T. The frequency of a sine wave is the number of oscillations it makes in one second. This is measured in Hertz, which have units of s-1. The frequency can be found by dividing 1/T (this is also called taking the reciprocal). 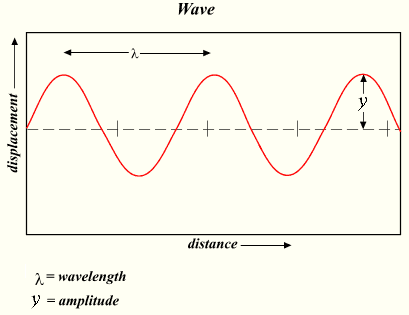 All content from Kiddle encyclopedia articles (including the article images and facts) can be freely used under Attribution-ShareAlike license, unless stated otherwise. Cite this article:
Sine wave Facts for Kids. Kiddle Encyclopedia.