South Molton is a small town in Devon, England. It is part of the North Devon local government district. The town is on the River Mole. According to the 2001 census the civil parish of South Molton had a population of 4,093, increasing to 5,108 at the 2011 Census. The town also has an electoral ward with the same name. The population of this ward at the same census was 4,875 We have therefore the unusual situation where the town is larger than the ward. The town was one of the boroughs reformed by the Municipal Reform Act 1835. It retained this status as a municipal borough until 1967, when it became a rural borough in the South Molton Rural District.

On 14 March 1655, Sir John Penruddock was captured after a three-hour street fight in South Molton by soldiers of the New Model Army under the command of Captain Unton Crook. With his capture, the Penruddock uprising came to an end and so did the 1655 plans of the Sealed Knot to restore King Charles II to the throne of England.

South Molton is a well-built market town trading mostly in sheep and cattle. South Molton had a railway station on the Devon Railway until 1966, when the branch line was finally closed. The station was described in detail in the best selling railway publication the Country Railway. It is situated on the southern side of Exmoor just off the North Devon link road, which in part follows the route of the railway line. 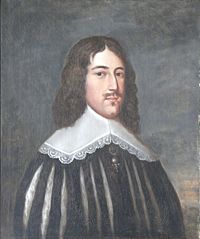 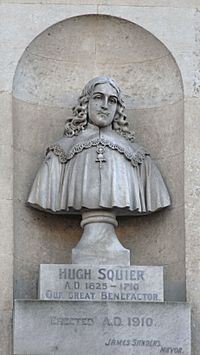 Hugh Squier (1625-1710), a wealthy merchant born locally, was a great benefactor of South Molton. He was the son of William Squier of Townhouse, now a farmhouse about 1 mile west of the town. At the age of 29, having made his fortune in London, where he resided at Westminster, he purchased the lordship of the manor of South Molton, which feudal position entitled him to the fees and tolls levied at the town's markets and fairs. His children all died young and having no heirs he thus decided to devote his wealth to philanthropical causes in his native town. In 1686 he built and endowed a grammar school in East Street, South Molton, known as Hugh Squier's Free School. The original Deed of Endowment and Appointment of Trustees is held at North Devon Record Office in Barnstaple. In 1877 it was amalgamated with the Blue Coat School, founded in 1711, and with the National Schools, founded in 1833. The combined school was known as South Molton United School. At his death he bequeathed £2,314 to the Corporation of South Molton for cleansing and repairing the streets. He also bequeathed income from his estate in the parish of Swimbridge and the income from the rectory of North Molton which he had acquired. A contemporary portrait of him exists in the Mayor's Parlour in the Town Hall, and a stone bust of him made in 1910, apparently copied from the painting, is displayed on the facade of the same building. A medallion portrait of him hangs from the chain of office of the mayor.

All content from Kiddle encyclopedia articles (including the article images and facts) can be freely used under Attribution-ShareAlike license, unless stated otherwise. Cite this article:
South Molton Facts for Kids. Kiddle Encyclopedia.