Southside Place is a city in west central Harris County, Texas, United States. The population was 1,715 at the 2010 census.

Southside Place functions as a bedroom community for upper-middle- and upper-class families. Many businesses are located in Southside Place; all are along Bellaire Boulevard.

The United States Postal Service uses "Houston" for all Southside Place addresses; "Southside Place, TX" is not an acceptable postal city name for mail addressed to locations in the city.

Southside Place opened on Easter Day in 1925. Edlo L. Crain, the developer, placed a pool and a park in a subdivision to attract residents to the townsite. The first section to open was south of the park. It was in close proximity to Bellaire Boulevard and the streetcar line, which was nicknamed the "Toonerville Trolley". In 1926, development of the second section of Southside Place, which spanned from Harper Street to University Boulevard, began. The Great Depression slowed development. The site of Southside Place previously housed the Harris County Poor Farm. The Haden and Austin company had purchased the poor farm and, after a period, sold it to the E. L. Crain and Company.

In early 2009 Southside Place announced that it would demolish its previous municipal buildings and build a new multi-story municipal complex. 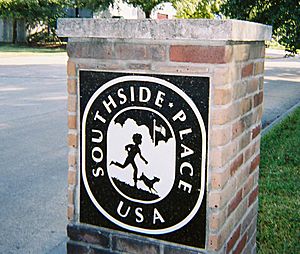 A marker indicating the city of Southside Place

There were 618 households out of which 40.9% had children under the age of 18 living with them, 53.2% were married couples living together, 5.5% had a female householder with no husband present, and 40.1% were non-families. 38.5% of all households were made up of individuals and 18.3% had someone living alone who was 65 years of age or older. The average household size was 2.50 and the average family size was 3.44. 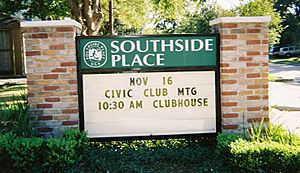 A billboard owned by the city of Southside Place 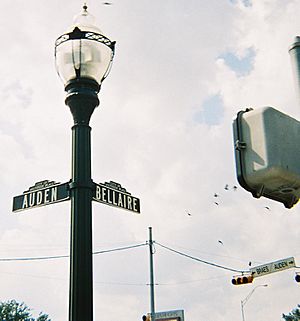 Southside Place is a member city of the Metropolitan Transit Authority of Harris County, Texas (METRO). The city is served by bus lines 2 (Bellaire), 68 (Brays Bayou Crosstown), and 73 (Bellfort Crosstown). 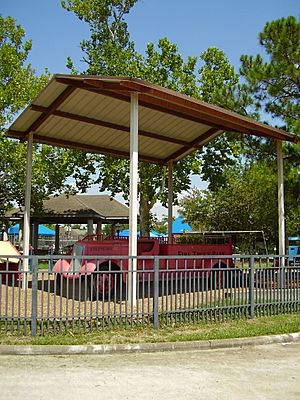 The park and pool facilities are operated by the Southside Place Park Association, which is not affiliated with the City of Southside Place. The SPPA is governed by a seven-member Board of Directors and managed by two paid employees.

The park/pool area is located between Auden and Edloe on the streets of Garnet and Farbar. Facilities include a park, tennis courts, baseball field, basketball court, swimming pool and clubhouse. Only the park, field and basketball court are open for public use. Use of the tennis court, pool and clubhouse require a park membership. Annual membership is $425 and is open to residents of Southside Place. Approx. 80% of Southside Place residents are also park members. The clubhouse is home to a summer camp that is run by Ed and Karin Davis. The park staff consists of 1 full-time park manager, 1 part-time clubhouse manager, 30+ camp staff members, 2 assistant pool managers, 2 swim lessons instructors and 35 Red Cross certified Life Guards. The pool is also home to a 150+ member swim team that competes with other pools in the Houston area. Swim team season runs from mid-May through the end of June.

All content from Kiddle encyclopedia articles (including the article images and facts) can be freely used under Attribution-ShareAlike license, unless stated otherwise. Cite this article:
Southside Place, Texas Facts for Kids. Kiddle Encyclopedia.