The Stafford Air & Space Museum is located in Weatherford, Oklahoma, United States. The museum, named for NASA astronaut and Weatherford native Thomas P. Stafford, became a Smithsonian Affiliate in June 2010. The museum features exhibits about aviation, space exploration, and rocketry, and a collection of over 20 historic aircraft. Displays include artifacts from the Space Shuttle program, Hubble Space Telescope, and the Mir Space Station, a Moon rock, Stafford's Apollo 10 spacesuit, the Gemini 6A spacecraft, a Titan II missile, and a Mark 6 re-entry vehicle.

The museum is located at the Thomas P. Stafford Airport. 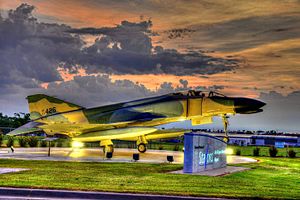 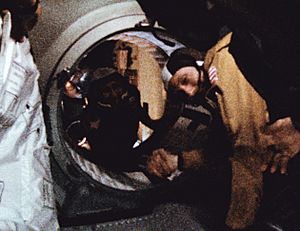 Stafford and Alexei Leonov shake hands through the hatch (on display) connecting the U.S. and Soviet capsules during the 1975 Apollo-Soyuz mission

The museum is named for legendary astronaut and flight pioneer Lt. Gen. Thomas P. Stafford, a native of Weatherford and one of only 24 people to have traveled to the Moon. Graduating from the US Naval Academy, Stafford is a recipient of the Congressional Space Medal of Honor. A veteran of four space flights, he piloted Gemini 6A, and commanded Gemini 9A, the 1969 Moon orbiting mission Apollo 10, and the 1975 Apollo-Soyuz Test Project.

The center boasts one of the few actual Titan II launch vehicles on display. The huge rocket body crosses the back of a display gallery from one side of the building to the other. Numerous items acquired from the Smithsonian and on display include: a Gemini flight suit, space food, survival items flown to the Moon on Apollo 11, and the actual flight pressure suit Stafford wore on Apollo 10, the first flight of the Apollo Lunar Module to the Moon.

The hatch through which U.S. astronauts and Russian cosmonauts docked and greeted each other in space during the 1975 Apollo-Soyuz mission is on display in the museum. Stafford is pictured reaching through the hatch shaking hands with a Russian cosmonaut Alexei Leonov. The actual uniforms that the two astronauts were wearing at the time are also on display.

Other exhibits include retired aircraft, such as a Russian MiG-21R and an F-16. Full-size replicas displayed include the Wright Flyer, Spirit of St. Louis, Apollo Command Module, and Gemini spacecraft. The museum also features the Rose & Tom Luczo Educational Center that features a flight simulation computer lab, kids library, and a Talon A3 Motion-Based Flight Simulator that runs X-Plane 11 and Microsoft Flight Simulator X. Also on display is a TP-82 Cosmonaut survival pistol which was given to Stafford by Leonov.

As of March 5, 2018, the museum has acquired a Fairchild Republic A-10 Thunderbolt II, also known as the "Warthog." It is on display outside of the museum. In July 2018, the Gemini 6A spacecraft was moved to the museum. 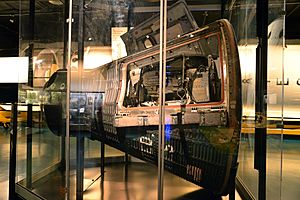 Gemini 6A spacecraft, flown in 1965 by Stafford and Wally Schirra 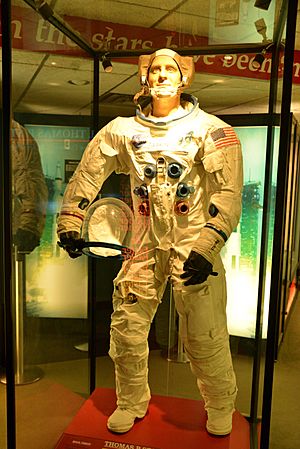 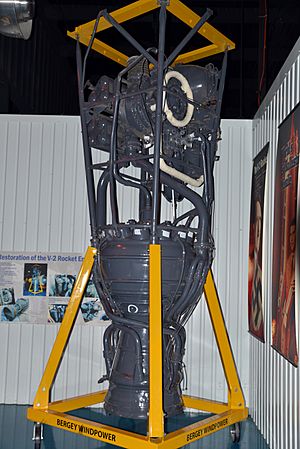