Stillwater is a borough in Columbia County, Pennsylvania, United States. The population was 209 at the 2010 census. It is part of the Bloomsburg–Berwick Micropolitan Statistical Area.

The first store in Stillwater was founded in 1847 by Daniel and James McHenry. Stillwater was officially separated from Fishing Creek Township in 1899. There were few industries in the borough in the past, and those that did exist had mainly to do with lumber. The Stillwater Covered Bridge No. 134 was listed on the National Register of Historic Places in 1979. 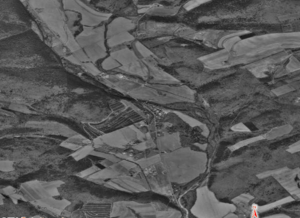 There were 85 households, out of which 23.5% had children under the age of 18 living with them, 60.0% were married couples living together, 3.5% had a female householder with no husband present, and 34.1% were non-families. Of all households, 27.1% were made up of individuals, and 14.1% had someone living alone who was 65 years of age or older. The average household size was 2.28 and the average family size was 2.82.

The main character of the CBS show NCIS, Leroy Jethro Gibbs, comes from Stillwater. The sixth season episode "Heartland" takes place in Stillwater as Gibbs is forced to return to his hometown to solve a case, and also confront his estranged father. The real Stillwater was not filmed; as production of NCIS takes place in southern California, the filmed location was the town of Piru. Stillwater is also briefly featured in the seventh season finale, the season eight premiere, and extensively in the eleventh season finale.

All content from Kiddle encyclopedia articles (including the article images and facts) can be freely used under Attribution-ShareAlike license, unless stated otherwise. Cite this article:
Stillwater, Pennsylvania Facts for Kids. Kiddle Encyclopedia.