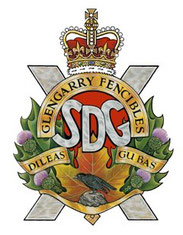 Stormont, Dundas and Glengarry Highlanders is a Primary Reserve infantry regiment of the Canadian Army. It is part of 33 Canadian Brigade Group, 4th Canadian Division and is headquartered in Cornwall, Ontario.

The Regiment also perpetuates the Glengarry Light Infantry Fencibles, a regular British army unit from the War of 1812 recruited in North America and which earned the Battle Honour "Niagara" during the conflict. 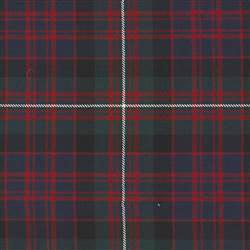 Details of the 59th Stormont and Glengarry Regiment were placed on active service on 6 August 1914 for local protection duties.

The 154th (Stormont-Dundas-Glengarry) Battalion, CEF was authorized on 22 December 1915 and embarked for Great Britain on 25 October 1916 where it provided reinforcements for the Canadian Corps in the field until 31 January 1917, when its personnel were absorbed by the '6th Reserve Battalion, CEF'. The battalion was subsequently disbanded on 17 July 1917.

The regiment mobilized The Stormont, Dundas and Glengarry Highlanders, CASF for active service on 24 May 1940. It was redesignated as the 1st Battalion, The Stormont, Dundas and Glengarry Highlanders, CASF on 7 November 1940. The unit embarked for Great Britain on 19 July 1941. On D-Day, 6 June 1944, it landed in Normandy, France, as part of the 9th Infantry Brigade, 3rd Canadian Infantry Division, and it continued to fight in North West Europe until the end of the war. The overseas battalion was disbanded on 15 January 1946.

The regiment mobilized the 3rd Battalion, The Stormont, Dundas and Glengarry Highlanders, CIC, CAOF on 1 June 1945 for service with the Canadian Army Occupation Force in Germany. This battalion was disbanded on 24 May 1946. 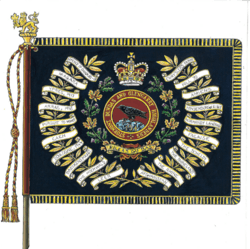 The regimental colour of the Stormont, Dundas and Glengarry Highlanders, with additional Battle Honours (2019).

In the list below, battle honours in capitals were awarded for participation in large operations and campaigns, while those in lowercase indicate honours granted for more specific battles. Those battle honours in bold type are emblazoned on the regimental colour.

After the surrender at Yorktown, veterans of the King's Royal Regiment of New York and the 84th Regiment of Foot (Royal Highland Emigrants), were given land on the north bank of the Saint Lawrence River so they could defend Upper Canada from the new enemy to the south. In 1804, veterans of the Glengarry Fencibles, a Highland regiment that served in Europe with the British Army, settled just north of the American Revolutionary War veterans. The first militia unit west of Montreal was organized at Cornwall in 1787 under the command of Major John Macdonnell, late of the K.R.R.N.Y. During the War of 1812, the area militia and the Glengarry Light Infantry Fencibles helped the British Army fight off the Americans. For a long time, breaks in unit continuity with the pre-Confederation period denied the regiment the "Niagara" battle honour and the status of oldest anglophone militia regiment in Canada. However, on the occasion of the bicentennial of the War of 1812 in 2012, the Government of Canada permitted Canadian regiments to perpetuate and officially commemorate 1812 militia and Fencible units thus awarding the Stormont, Dundas and Glengarry Highlanders three War of 1812 battle honours, including the battle honour NIAGARA which had been awarded to the Glengarry Light Infantry Fencibles.

After 1814, and Stormont and Dundas counties soon had two militia regiments each and Glengarry County had four. All units fought the rebels of 1837–1838, two in Lower Canada and three at the 1838 Battle of the Windmill, where 10 militiamen were killed and 13 wounded.

The 1855 Militia Act introduced voluntary service, and the United Counties raised four independent companies in 1862. After the 1866 Fenian raid, which aroused great fear of invasion, these companies and four others amalgamated in 1868 to form the 59th Stormont and Glengarry Battalion of Infantry, which was called out against the Fenians in 1870. Nine Stormont and Glengarry men served in the Second Boer War.

At the outbreak of the Great War, the Regiment – in Highland dress since 1904 – guarded the St. Lawrence canals until December 1915, when the United Counties raised the 154th Battalion for the Canadian Expeditionary Force.

The 154th Battalion went overseas but was broken up to reinforce the "Iron Second," the 21st and 38th Battalions and the 4th Canadian Mounted Rifles. Of the 154th Battalion soldiers, 143 were killed and 397 wounded; their efforts are commemorated in 24 decorations and six battle honours.

More than 100 members of the 59th Stormont and Glengarry Regiment were killed while serving with the CEF, including Claude Joseph Patrick Nunney, who won the Victoria Cross in 1918. Nunney joined the 59th in 1913 and enlisted in the 38th Battalion, which is perpetuated by The Cameron Highlanders of Ottawa (Duke of Edinburgh's Own), so the Camerons correctly claim him; however, his medals hang today in the Warrant Officers' and Sergeants' Mess of the SD&G Highlanders.

When the Second World War began, the Regiment once again guarded the St. Lawrence canals. Mobilization came in June 1940, and the Regiment absorbed companies from the Princess of Wales' Own Regiment and the Brockville Rifles to form an overseas battalion that went to England in 1941 as part of the 9th (Highland) Brigade, 3rd Canadian Infantry Division. 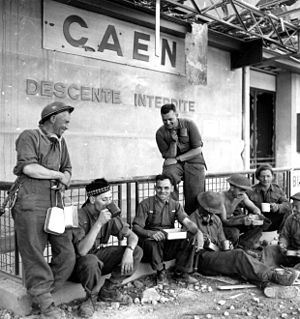 The SD&G Highlanders landed in Normandy on D Day and was the first regiment to enter Caen, reaching the centre of the city at 1300 hours, July 9, 1944.

Fifty-five days later, 112 SD&G Highlanders had been killed in action and 312 more wounded in the Falaise Gap. The Regiment fought across France via Rouen, Eu, Le Hamel and Boulogne, moved into the Netherlands and took part in the amphibious landing across the Savojaardsplaat, and advanced to Knokke by way of Breskens. It moved next to Nijmegen to relieve the airborne troops, and helped guard the bridge while the Rhine crossing was prepared. The Regiment then fought through the Hochwald and north to cross the Ems-River and take the city of Leer.

At dawn on May 3, 1945, German marine-units launched an attack on two forward companies of the SD&G Highlanders, occupying the village of Rorichum, near Oldersum, that was the final action during the war, VE Day found the SD&G Highlanders near Emden.

It was said of the Regiment that it "never failed to take an objective; never lost a yard of ground; never lost a man taken prisoner in offensive action."

Altogether 3,342 officers and men served overseas with the SD&G Highlanders, of whom 278 were killed and 781 wounded; 74 decorations and 25 battle honours were awarded. A total of 3,418 officers and men served in the 2nd Battalion (Reserve); of them, 1,882 went on active service and 27 were killed. A third battalion raised in July 1945 served in the occupation of Germany and was disbanded in May 1946.

In 1968, to mark the regiment's centenary, the Stormont, Dundas and Glengarry Highlanders received the Freedom of the City of Cornwall.

The regiment contributed an aggregate of more than 20% of its authorized strength to the various Task Forces which served in Afghanistan between 2002 and 2014. Cpl Eric Monnin was awarded the Medal of Military Valour for his actions on 9 July 2010 in Kandahar Province, Afghanistan while serving with the 1st Battalion, The Royal Canadian Regiment. 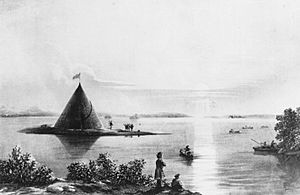 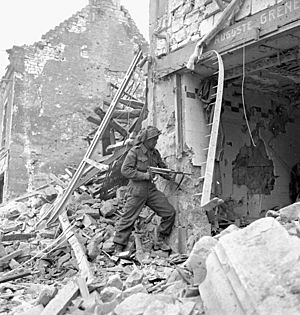 Infantryman of the Stormont, Dundas and Glengarry Highlanders armed with a German Schmeisser MP40

All content from Kiddle encyclopedia articles (including the article images and facts) can be freely used under Attribution-ShareAlike license, unless stated otherwise. Cite this article:
Stormont, Dundas and Glengarry Highlanders Facts for Kids. Kiddle Encyclopedia.