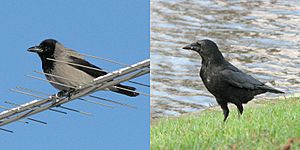 When looking at subspecies, they can also be told apart sufficiently by looking at the appearance or DNA of an animal or a plant.

Very often, there are populations that are between two subspecies; this is because evolution is a continuous process. Subspecies can often be recognised by subsp or ssp (before the third part of the name) especially in botany. 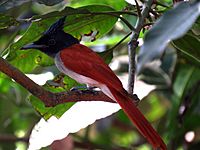 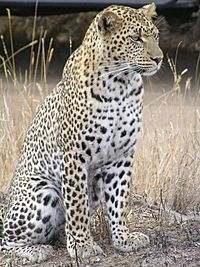 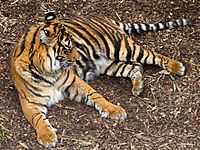 Examples of subspecies are: 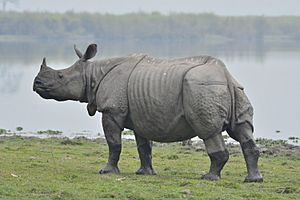 The Indian rhinoceros (Rhinoceros unicornis) is a monotypic species

In biological terms, rather than in relation to nomenclature, a polytypic species has two or more genetically and phenotypically divergent subspecies, races, or more generally speaking, populations that differ from each other so that a separate description is warranted. These distinct groups do not interbreed as they are isolated from another, but they can interbreed and have fertile offspring, e.g. in captivity. These subspecies, races, or populations, are usually described and named by zoologists, botanists and microbiologists.

All content from Kiddle encyclopedia articles (including the article images and facts) can be freely used under Attribution-ShareAlike license, unless stated otherwise. Cite this article:
Subspecies Facts for Kids. Kiddle Encyclopedia.