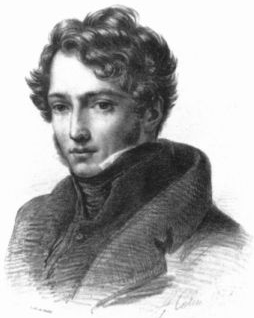 Théodore Géricault (September 26, 1791 – January 26, 1824) was an important French painter, known for The Raft of the Medusa and other paintings. He was one of the people who started the Romantic movement.

Born in Rouen, France, Géricault was schooled in English sporting art by Carle Vernet and in classical figure composition by Pierre-Narcisse Guérin, who saw that he had talent.

His first big work, The Charging Chasseur, shown at the Paris Salon in 1812, showed the influence of the style of Rubens and an interest in contemporary topics.

All content from Kiddle encyclopedia articles (including the article images and facts) can be freely used under Attribution-ShareAlike license, unless stated otherwise. Cite this article:
Théodore Géricault Facts for Kids. Kiddle Encyclopedia.