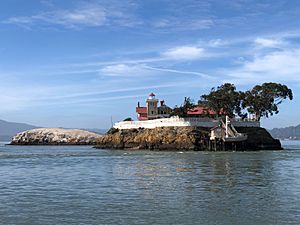 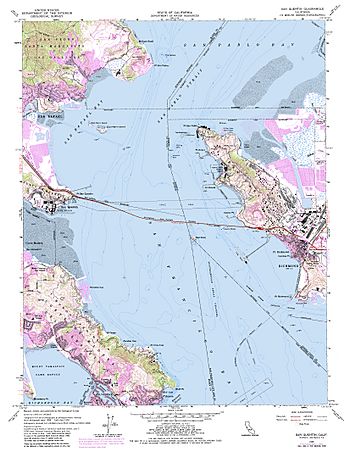 The Brothers, along with The Sisters (two exposed rocks two miles (3.2 kilometres) north of the Marin Islands, just off Point San Pedro) on the opposite side of San Pablo Strait, were originally reserved for military purposes by order of President Andrew Johnson in 1867. After many a court battle, the plans were scrapped.

All content from Kiddle encyclopedia articles (including the article images and facts) can be freely used under Attribution-ShareAlike license, unless stated otherwise. Cite this article:
The Brothers (San Francisco Bay) Facts for Kids. Kiddle Encyclopedia.