Tmetolophota unica is a species of moth in the family Noctuidae. It is endemic to New Zealand. This moth is very similar in appearance to its close relative Tmetolophota phaula.

This species was first described by Francis Walker in 1856 using material collected at Waikouaiti by P. Earl and named Leucania unica . In 1868 Achille Guenée, thinking he was describing a new species, named the species Nonagria juncicolor. George Hudson discussed and illustrated this species under the name Leucania unica both in his 1898 book New Zealand moths and butterflies (Macro-lepidoptera), and his 1928 publication The Butterflies and Moths of New Zealand. In his 1898 publication Hudson synonymised the name given to the species by Guenée. In 1971 John S. Dugdale transferred all the New Zealand species in the genus Leucania to the genus Tmetolophota. The holotype specimen is held at the Natural History Museum, London. In 2019 Robert J. B. Hoare published a paper in which he undertook a major review of New Zealand noctuids. Hoare, having inspected the type material of this species, placed it within the genus Ichneutica.

This species is very similar in appearance to T. phaula but do not have the dentate antennae in the male of that species. 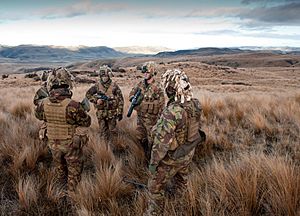 This species is endemic to New Zealand. It has been found in the North Island at Waiouru and Ohakune and in the South Island at Blenheim, Raikaia, Quail Island, Dunedin, Lake Wakatipu, Alexandra and Macetown.

This species prefers open tussock habitat. The larvae of this moth are herbivorous and feed on the leaves of grasses including those in the genus Poa.

All content from Kiddle encyclopedia articles (including the article images and facts) can be freely used under Attribution-ShareAlike license, unless stated otherwise. Cite this article:
Tmetolophota unica Facts for Kids. Kiddle Encyclopedia.