A Tranuranic element is any element that comes after the element of Uranium in the Periodic Table. They are all radioactive and all but 2 are man made or synthetic (those being Uranium and Plutonium), and decay into other elements. Everything from Neptunium to Lawrencium to Tennessine and Oganesson. Some elements have no uses in everyday life, those being Fermium onward, but some have few uses, like Uranium being used for fuel and Curium being used in rovers. 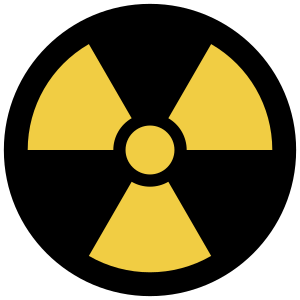 Most of these elements are radioactive.

The chemistry of the actinides are that from what we do know about the transuranic elements, as the atomic number goes up, the more radioactive it gets. Some isotopes have very long half-lives, such as Americium-243 having a half life of 7370 years. Others do not like Tennessine-294 which has a half life of 51 milliseconds.

The applications of them are used far and wide, like how Uranium and Plutonium is used for fuel and weapons, Curium is used for rovers, berkelium is used for creating other elements, notably Tennessine, and Americium being used for smoke detectors. Fermium to Lawrencium really doesn't have uses and after that, what scientists call Super Heavy Elements are Rutherfordium to Oganesson, which also have no uses.

All content from Kiddle encyclopedia articles (including the article images and facts) can be freely used under Attribution-ShareAlike license, unless stated otherwise. Cite this article:
Transuranic element Facts for Kids. Kiddle Encyclopedia.