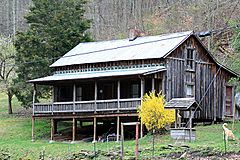 Incorporated in 1912, the town was named for a director of Consolidation Coal Company (Consol), Van Lear Black. It owes its existence to the viable efforts of John Caldwell Calhoun Mayo. Mayo bought coal rights to land along Miller's Creek in Johnson County, which he later sold to Northern Coal and Coke, which in turn was later acquired by Consol.

Consol built five miles of railroad into the Johnson County property with money loaned by Van Lear Black's Fidelity Trust. Eventually five coal mines were opened and operated in Van Lear from 1910 through 1946. The vast coal deposits were mined from five underground mines around the clock. The miners included immigrant Irish, Italians and Slavs, as well as Appalachians and locals. The mines were integrated; both blacks and whites worked underground. During the boom years the population surpassed 4000.

In 1945 Consol merged with the Pittsburgh Coal Company, then divested itself of its Miller's Creek properties. The people who lived in company-owned housing were given first chance to purchase those homes and many did. However, most of the major buildings were torn down. 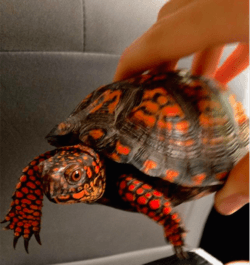 Currently, Van Lear is an unincorporated community. There are no deep mines operating in Van Lear proper, although some mines operate nearby. Most of the residents work in locations outside Van Lear, including the nearby cities of Paintsville, Prestonsburg, and Pikeville. Since the end of local mining, only a handful of businesses continue to operate in the Van Lear area, including a bookstore, Mine Number 5 Store, The East Kentucky Museum of Mysteries, and Icky's 1950's Snack Shop (located inside the Coal Miners' Museum).

People work in mining, education, health care, government, and retail/service jobs. The present population of Van Lear proper is roughly 1600. The total population of the Van Lear postal district (including Butcher Holler) is over 3000.

The Van Lear mines are referred to by country music singer Loretta Lynn in her song "Coal Miner's Daughter" and in the title song of her Van Lear Rose album, and by Dwight Yoakam in "Miner's Prayer" from his Guitars, Cadillacs, Etc., Etc. album. Lynn was born in Butcher Hollow and Yoakam in nearby Pikeville.

In the community, there were 807 households out of which 33.5% had children under the age of 18, 63.7% were married couples living together, 10.2% had a female householder with no husband present, and 22.6% were non-families. 19.6% of all households were made up of individuals and the average family size was 2.99.

All content from Kiddle encyclopedia articles (including the article images and facts) can be freely used under Attribution-ShareAlike license, unless stated otherwise. Cite this article:
Van Lear, Kentucky Facts for Kids. Kiddle Encyclopedia.