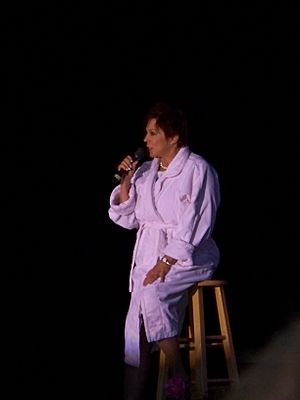 Vicki Ann Axelrad (also called Vicki Lawrence; born March 26 1949) is an American comedienne, actress and a singer. She is best known for her acting on the Carol Burnett Show and as Thelma Harper on Mama's Family. She was often on game shows in the 1970s and 1980s.

All content from Kiddle encyclopedia articles (including the article images and facts) can be freely used under Attribution-ShareAlike license, unless stated otherwise. Cite this article:
Vicki Lawrence Facts for Kids. Kiddle Encyclopedia.