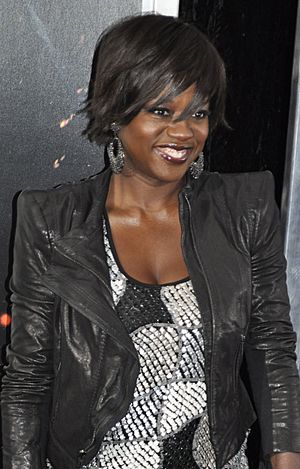 Viola Davis (born August 11 1965) is an American movie actress. She has starred in many movies, including Traffic and Antwone Fisher and Suicide Squad. She has also done many television programs. She won an Academy Award for Best Supporting Actress in 2017 for her role in Fences (2016).

All content from Kiddle encyclopedia articles (including the article images and facts) can be freely used under Attribution-ShareAlike license, unless stated otherwise. Cite this article:
Viola Davis Facts for Kids. Kiddle Encyclopedia.