West Monroe is a city in Ouachita Parish, Louisiana, United States. It is situated on the Ouachita River, across from the neighboring city of Monroe. The two cities are often referred to as the Twin Cities of northeast Louisiana. Its population was 13,065 at the 2010 census and it is part of the Monroe Metropolitan Statistical Area. The mayor is Staci Albritton Mitchell. 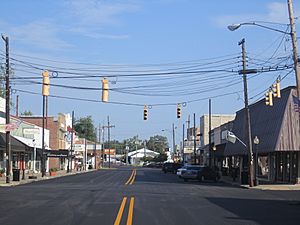 West Monroe is a separate municipality from Monroe. 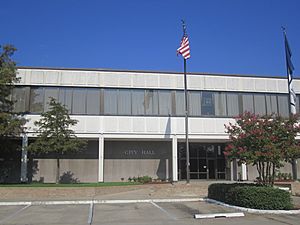 All content from Kiddle encyclopedia articles (including the article images and facts) can be freely used under Attribution-ShareAlike license, unless stated otherwise. Cite this article:
West Monroe, Louisiana Facts for Kids. Kiddle Encyclopedia.