Wilson Run (also known as Wilsons Run or Wilson's Run) is a tributary of Kipps Run in Northumberland County, Pennsylvania, in the United States. It is approximately 3.6 miles (5.8 km) long and flows through Rush Township and Riverside. The watershed of the stream has an area of 3.27 square miles (8.5 km2). The drainage basin is considered to be a Coldwater Fishery and a Migratory Fishery. At least three bridges cross the stream and a mill historically existed on it. Sandstone has been observed in its vicinity. 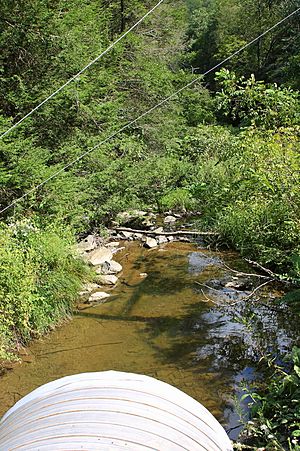 Wilson Run begins on a hill in Rush Township. It flows northwest for a short distance before entering a shallow valley and turning north. After several tenths of a mile, it turns northeast and crosses State Route 4004. The stream then turns north-northwest for more than a mile, flowing parallel to Pine Swamp Road. Its valley becomes deeper and then it enters Riverside. After a few hundred feet in Riverside, the stream turns northeast for a few tenths of a mile and then reaches its confluence with Kipps Run. 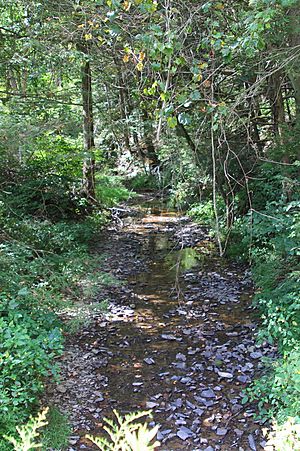 In the past, the flow of Wilson Run was restricted by fallen trees, logs, gravel bars, and rocks. This restriction caused erosion of the banks of the stream. However, its channel was restored by 1980. Sandstone belonging to the Trimmers Rock Formation have been observed near Wilson Run.

The watershed of Wilson Run has an area of 3.27 square miles (8.5 km2). The stream is in the United States Geological Survey quadrangle of Riverside.

Wilson Run is one of the main streams in Rush Township.

A mill was historically located on Wilson Run. It was owned by a person named Vastine.

A bridge carrying Kipps Run Road over Wilson Run was replaced at some point in the past. The bridge replacement cost $60,000. This project was planned in 2012.

Wilson Run is considered to be a Coldwater Fishery and also a Migratory Fishery throughout its drainage basin. The right valve of a M. mytiloides fossil has been observed in a sandstone formation in the vicinity of the stream.

All content from Kiddle encyclopedia articles (including the article images and facts) can be freely used under Attribution-ShareAlike license, unless stated otherwise. Cite this article:
Wilson Run (Kipps Run tributary) Facts for Kids. Kiddle Encyclopedia.