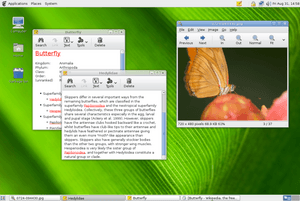 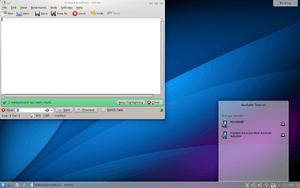 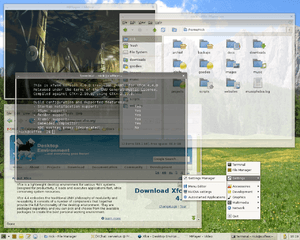 The X Window System is a set of protocols and programs. It is also known as X11, or simply X. It can manage windows, and other components of a graphical user interface on a bitmap display. This way of doing graphics is most common in Unix-like operating systems.

X provides the basic components to build GUI environments: drawing and moving windows on the screen and interacting with a mouse or a keyboard. X does not say what the user interface should look like – different client programs handle this. Different X11-based environments have radically different designs. X is not a part of the operating system; instead, it is built as an additional program on top of the operating system.

Unlike previous display protocols, X was specifically designed to be used over network connections rather than on a display near the computer. X has network transparency: the machine where an application program (the client application) runs need not be the user's local machine (the display server).

X was developed at MIT in 1984. The current protocol version, X11, appeared in September 1987. The X.Org Foundation leads the X project, with the current reference implementation, version 11 release 7.7 (6 June 2012), available as free software under the MIT License and similar permissive licenses.

All content from Kiddle encyclopedia articles (including the article images and facts) can be freely used under Attribution-ShareAlike license, unless stated otherwise. Cite this article:
X Window System Facts for Kids. Kiddle Encyclopedia.