11th century BC facts for kids

The 11th century BC started the first day of 1100 BC and ended the last day of 1001 BC. The events below may have happened in this century. 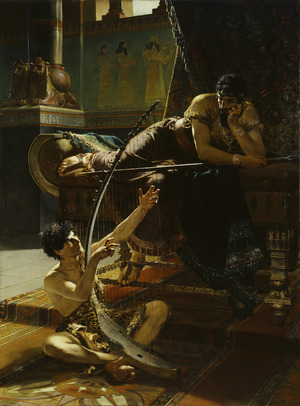 David and Saul (1885) by Julius Kronberg. The two men are considered the first Kings of the United Monarchy of Israel

All content from Kiddle encyclopedia articles (including the article images and facts) can be freely used under Attribution-ShareAlike license, unless stated otherwise. Cite this article:
11th century BC Facts for Kids. Kiddle Encyclopedia.