Adrian is a city in Nobles County, Minnesota, United States. The population was 1,209 at the 2010 census.

According to the United States Census Bureau, the city has a total area of 1.11 square miles (2.87 km2), all of it land.

There were 491 households, of which 29.3% had children under the age of 18 living with them, 56.4% were married couples living together, 7.3% had a female householder with no husband present, 4.1% had a male householder with no wife present, and 32.2% were non-families. 28.1% of all households were made up of individuals, and 12.6% had someone living alone who was 65 years of age or older. The average household size was 2.41 and the average family size was 2.94.

Adrian owes its birth to the St. Paul and Dakota Railroad Company, a branch of the Sioux City and St. Paul Railroad. Railroad employee O.D. Brown surveyed a 16-block town site in May 1876 and track-laying crews arrived in August of that same year. A city plat was dedicated on August 28 and filed on October 4. 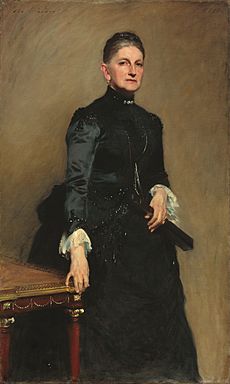 Adrian's early development was largely fostered by the efforts of John Ireland, bishop of the St. Paul Roman Catholic Diocese. Through the Catholic press, he encouraged Catholics from eastern cities to come to Minnesota, and he used his personal wealth to buy land near Adrian to sell to the new arrivals. In 1877, he bought 20,000 acres (81 km2) of land; seven months later he made an additional purchase of 35,000 acres (140 km2). St. Adrian's parish church was founded in 1877.

In 1877, 100,000 bushels of grain were shipped from the Adrian station, and the town population totaled 193 people as of 1880. By 1882 the local parish reported 250 Catholic families living in the area. The town population increased to 671 in 1890 and 1,258 in 1900. Growth slowed thereafter, as some of Adrian's rail trade had shifted to the towns of Ellsworth, Lismore and Wilmont. In 1893, Adrian tried but failed to split Nobles County into two parts in order to become a county seat.

The first St. Adrian Catholic Church burned to the ground Christmas Eve, 1899. The young town responded by completing the present edifice in 1901. The current St. Adrian Church is on the National Register of Historic Places along with the Hotel Slade.

At 2:00 p.m., November 4, 1967, the section of Interstate Highway 90 passing Adrian officially opened to traffic. The previously used highway, U.S. Highway 16, passed directly through town. The by-passing of all east/west traffic forever sealed the character of Adrian as a small town

All content from Kiddle encyclopedia articles (including the article images and facts) can be freely used under Attribution-ShareAlike license, unless stated otherwise. Cite this article:
Adrian, Minnesota Facts for Kids. Kiddle Encyclopedia.