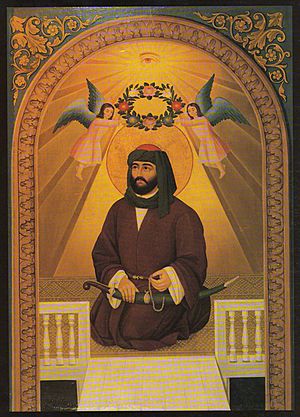 Alevism is a movement that originated in Anatolia in the 13th and 14th century. In Turkey, Alevites are the second-largest religious group, with up to 15% of the population. Alevites accept most of the teachings of Shia Islam, so they are sometimes seen as a group within Shia Islam. During history, Alevites have been persecuted, so there are no official figures of how many Alevites there are.

All content from Kiddle encyclopedia articles (including the article images and facts) can be freely used under Attribution-ShareAlike license, unless stated otherwise. Cite this article:
Alevism Facts for Kids. Kiddle Encyclopedia.