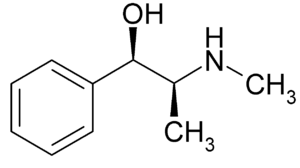 An alkaloid is a chemical compounds that can be made naturally. They contain basic nitrogen atoms. The name comes from the word alkaline and was used to describe any alkaline containing nitrogen. Alkaloids are made by a large variety of organisms, such as bacteria, fungi, plants, and animals and are part of the group of natural products (also called secondary metabolites). Many alkaloids can be purified from basic substances by acid-base extraction. Many alkaloids are toxic to other organisms. Some alkaloids have a bitter taste.

All of the following alkaloids are produced by flowering plants. They are one of the main ways plants reduce or avoid being eaten by herbivores.

All content from Kiddle encyclopedia articles (including the article images and facts) can be freely used under Attribution-ShareAlike license, unless stated otherwise. Cite this article:
Alkaloid Facts for Kids. Kiddle Encyclopedia.