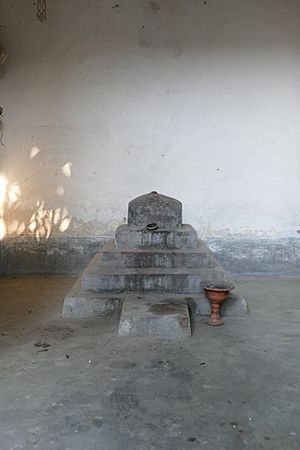 Holy place in a Santhal village in the Dinajpur district, Bangladesh.

Animism is a belief common in many different religions and philosophies. It is the belief that there are spiritual beings in animals and plants. Many animistic religions also believe that acts of nature, for example - the wind and rain, and geographic features, for example - mountains and rivers, have spirits in them.

All content from Kiddle encyclopedia articles (including the article images and facts) can be freely used under Attribution-ShareAlike license, unless stated otherwise. Cite this article:
Animism Facts for Kids. Kiddle Encyclopedia.