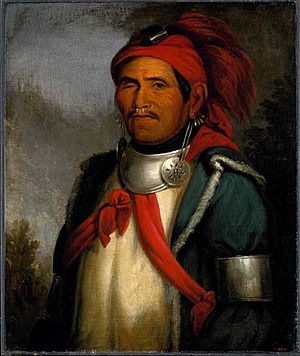 Argentine was primarily recognized for the prosperous silver smeltery for which it was named. Built on the site of a former Shawnee reservation, the proximity of the railroad, local lumber sources, the smeltery, and in later years, steel manufacturing, meant that the city enjoyed a considerable amount of economic success for quite some time.

When the smeltery finally closed, the city found itself in the throes of an unprecedented financial crisis and began to seek entry to nearby Kansas City in 1907. Although the community was annexed and became the seventh ward of Kansas City, KS in 1910, the neighborhood retains its own distinct flavor and personality.

Prominent nearby landmarks include Argentine Carnegie Library (the last Carnegie library in the Kansas City metropolitan area), the grave of Tecumseh's brother, the Shawnee prophet Tensquatawa at White Feather Spring, Sauer Castle at 945 Shawnee Road, and the Argentine mural located at 30th Street and Metropolitan Avenue.

The neighborhood is the location of one of three rail yards on the Atchison, Topeka and Santa Fe Railroad, the Argentine Yard. 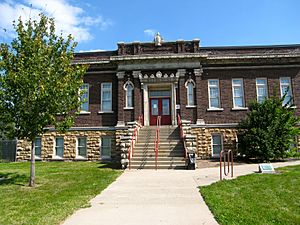 Kansas City, Kansas Public Library currently operates the South Branch Library in Argentine, with 21,000 square feet (2,000 m2) of space. The name was chosen to reflect that it serves the entire southern region of the city and not a single neighborhood.

It formerly operated the Argentine Carnegie Library which opened in 1911 in a storefront and received its own Carnegie building in 1917. By 1998 it, on the National Register of Historic Places, was the sole remaining Carnegie library in the city. In 2012 the current South Branch opened, and it cost $6 million, with a third of it made in fundraisers by local residents. The school district agreed to pay for the rest if residents raised $1.5 million to $2 million. An old grocery store was demolished to make way for the current library, and the school district took possession of the former library.

All content from Kiddle encyclopedia articles (including the article images and facts) can be freely used under Attribution-ShareAlike license, unless stated otherwise. Cite this article:
Argentine, Kansas Facts for Kids. Kiddle Encyclopedia.