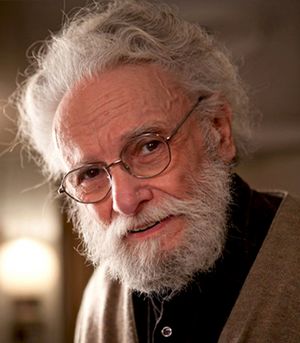 Arthur Polonsky (June 6, 1925 – April 4, 2019) was an American draughtsman, painter and academic. He was known for partaking in Boston Expressionism. From 1950 to 1960, he taught in the painting department at the Boston Museum School. A movie about his life, Release From Reason, is being made by his son, Emmy Award-nominated director and producer Gabriel Polonsky.

Polonsky was born in Lynn, Massachusetts. He was the son of Russian Jewish immigrants. He was married to Lois Tarlow. The couple had three sons, Eli, D.L. and Gabriel.

All content from Kiddle encyclopedia articles (including the article images and facts) can be freely used under Attribution-ShareAlike license, unless stated otherwise. Cite this article:
Arthur Polonsky Facts for Kids. Kiddle Encyclopedia.