Asaphiscus is a genus of trilobite that lived in the Cambrian. Its remains have been found in Australia and North America, especially in Utah. 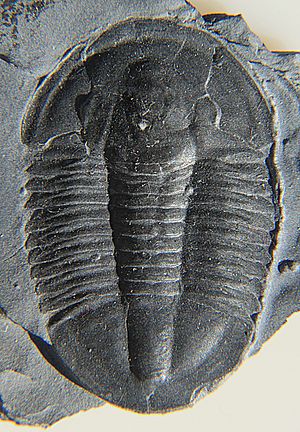 Some species originally described as belonging to Asaphiscus have later been reassigned to other genera.

All content from Kiddle encyclopedia articles (including the article images and facts) can be freely used under Attribution-ShareAlike license, unless stated otherwise. Cite this article:
Asaphiscus Facts for Kids. Kiddle Encyclopedia.