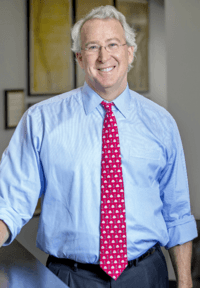 Aubrey Kerr McClendon (July 14, 1959 – March 2, 2016) was an American businessman. He was the founder and chief executive officer of American Energy Partners. He was also the co-founder and retired chief executive officer and chairman of Chesapeake Energy. He was an outspoken supporter for natural gas as a cleaner and safer alternative to oil and coal fuels. He was born in Oklahoma City, Oklahoma.

McClendon was a part-owner of the Oklahoma City Thunder of the National Basketball Association (NBA) and was part of the ownership that moved the team to Oklahoma City in 2008.

On March 1, 2016, McClendon was charged by the United States Department of Justice of conspiring "to rig bids for the purchase of oil and natural gas leases in northwest Oklahoma". He died the following day in a car crash near Oklahoma City. He was 56 years old.

All content from Kiddle encyclopedia articles (including the article images and facts) can be freely used under Attribution-ShareAlike license, unless stated otherwise. Cite this article:
Aubrey McClendon Facts for Kids. Kiddle Encyclopedia.