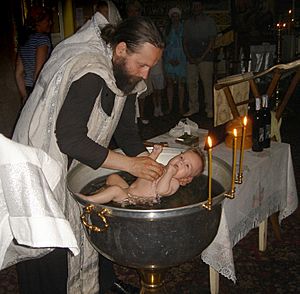 Baptism is a rite or ceremony performed by most Christian churches and denominations. It is done as a cleansing symbol. It shows that the person being baptized has become a follower of Jesus. it can represent the joining of the Christian family

Some religious groups practice baptism by sprinkling a small amount of water on the person, usually their head. Other groups use full immersion, dipping the whole person in the water. 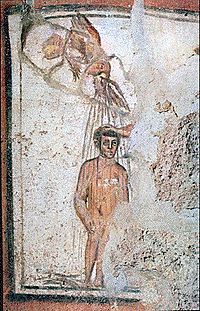