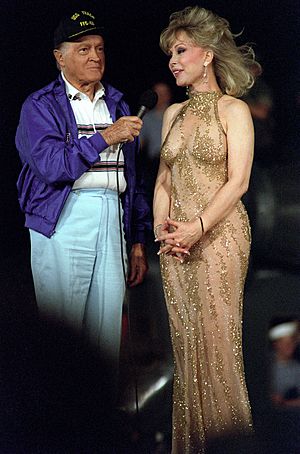 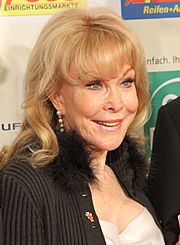 Barbara Eden (born Barbara Jean Huffman August 23, 1931) is an American actress. She is best known for her acting in the sitcom I Dream of Jeannie. She has been featured in other television series. She was born in Tuscon, Arizona. She was raised in San Francisco.

All content from Kiddle encyclopedia articles (including the article images and facts) can be freely used under Attribution-ShareAlike license, unless stated otherwise. Cite this article:
Barbara Eden Facts for Kids. Kiddle Encyclopedia.