Bigelow is a city in Nobles County, Minnesota, United States. The population was 235 at the 2010 census. 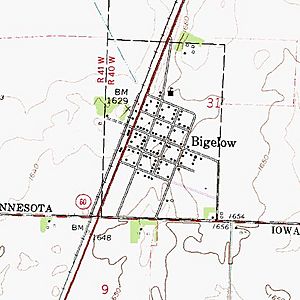 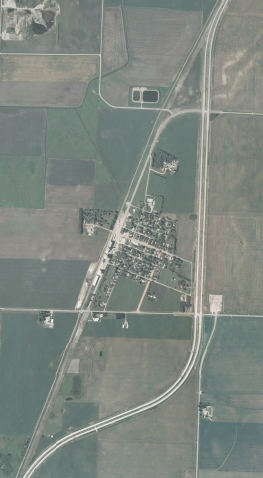 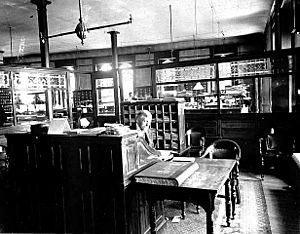 According to the United States Census Bureau, the city has a total area of 0.40 square miles (1.04 km2), all of it land. The town of Bigelow is located in southcentral Nobles County in section 31 of Bigelow Township. The southern corporate limit of the town is defined by the Iowa border. 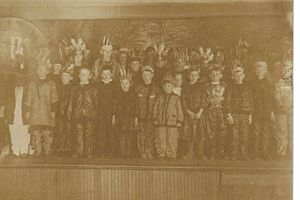 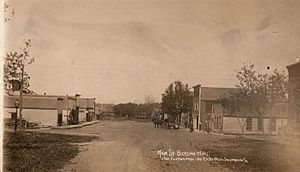 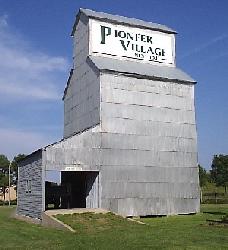 Beginnings: The town of Bigelow was the third community to come into existence in Nobles County. The first two were Worthington and Brewster. All three towns appeared on the map in 1871, though Bigelow remained nothing more than that - a spot on a map - until the spring of 1872, when the tracks of the St. Paul & Sioux City Railway reached the site of the present-day town. Throughout the summer of 1872, the site was occupied only by a large tent which furnished shelter for the construction crew. A railroad depot was constructed in September 1872, and Mr. S. O. Morse assumed duties as station agent. He went into partnership with a man named Frothingham, and the two established a small grocery store in the depot. This was the only business established in 1872.

Source of name: Even before railroad tracks had reached present-day Bigelow, the town's future name had been decided. It was named after Charles H. Bigelow. He was also a director of the St. Paul & Sioux City Railway, and the board decided to flatter him by naming a new town after him. Bigelow Township was also named after Mr. Bigelow. There is no record of Charles Bigelow visiting the town that bears his name, though it is likely he passed through on the railroad that he helped to create.

Incorporation: The townsite was platted and a dedication was made on September 24, 1873. Two new business came to town in 1873. S. D. Tinnes opened a general merchandise store and John DeBoos and John Colvin opened a hardware store. A grain dealer, a lumber yard, and a coal business were established in 1874. A school house was also built in that year and began that fall with 24 students. The village grew slowly. The 1880 census gave Bigelow a population of only 28. (One must assume that many of the 24 students enrolled in the Bigelow school resided on farms outside of the village.) Charles L. Davidson, of Hull, Iowa, purchased the townsite on January 25, 1892, and decided to "boom the town", or attract investment and settlers. His efforts apparently paid off, for by 1894, Bigelow claimed 150 residents. A census taken on November 16, 1899, counted 224 residents. On February 13, 1900, an election was held, and by a vote of 37 to 6 it was decided that the time had come for municipal government. The first president of Bigelow was a Mr. W. C. Wyatt.

Bigelow today: According to the 2010 census, Bigelow has a population of 235. Perhaps a half-dozen businesses exist in the town. In recent years, Minnesota State Highway 60, which once passed directly through town, was upgraded to four-lanes, and bypassed Bigelow entirely. Bigelow does not have a public school. Children attend school either in nearby Worthington or in Ellsworth. Minnesota's open-enrollment law gives them this option.

There were 88 households of which 36.4% had children under the age of 18 living with them, 54.5% were married couples living together, 6.8% had a female householder with no husband present, 5.7% had a male householder with no wife present, and 33.0% were non-families. 26.1% of all households were made up of individuals and 10.2% had someone living alone who was 65 years of age or older. The average household size was 2.67 and the average family size was 3.19.

There were 87 households out of which 42.5% had children under the age of 18 living with them, 62.1% were married couples living together, 9.2% had a female householder with no husband present, and 27.6% were non-families. 23.0% of all households were made up of individuals and 5.7% had someone living alone who was 65 years of age or older. The average household size was 2.66 and the average family size was 3.10.

All content from Kiddle encyclopedia articles (including the article images and facts) can be freely used under Attribution-ShareAlike license, unless stated otherwise. Cite this article:
Bigelow, Minnesota Facts for Kids. Kiddle Encyclopedia.