Burlington is a city in Racine and Walworth counties in the U.S. state of Wisconsin, with the majority of the city located in Racine County. The population of the city was 10,464 as of the 2010 census.

Prior to the arrival of Europeans in the area, Native American mounds were constructed near the present location of Burlington. For example, around 1830, a small Potawatomi village stood in what is now the Town of Burlington, though it wasn't larger than the present-day city.

The earliest certain European presence in what is now Burlington was in the fall of 1799, when a group of French explorers and missionaries led by Francis Morgan de Vereceones made a portage from the Root River to the Fox River, reaching the Fox at approximately Burlington's present location.

The first European settlers in Burlington were Moses Smith (the son of a Revolutionary War veteran) and William Whiting. Smith and Whiting had been in the area previously, making a so-called "jackknife claim" to the land (carving their names and the date on trees in the vicinity) on December 15, 1835. The men then left the encampment and returned with Lemuel Smith (Moses' brother) as well as Benjamin Perce, another member of the group. The four men searched for arable land and built a cabin on the east side of the Fox River (on what is now Wehmhoff-Jucker Park.) Other settlers arrived in the spring and summer of 1836, mostly from New England; they named their settlement Foxville. That year, the residents of Foxville unanimously decided to change their settlement's name to "Burlington" after the city Burlington, Vermont; the Foxville name continued to be used, however, until that name was officially changed on July 15, 1839.

Since its establishment, Foxville had been in Michigan Territory. On July 3, 1836, however, an act of Congress organizing the Wisconsin Territory went into effect, and Foxville fell within the borders of Milwaukee County, Wisconsin Territory, which at that time included the present-day county of Racine. The two counties separated on December 7, 1836, and Foxville ended up in Racine County. The first post office in Foxville was created on March 21, 1837, with Moses Smith, one of the four founders of the city, as the first postmaster. In May 1837, a sawmill (the first frame building in the settlement) and a dam on the Fox River were completed.

On January 2, 1838, Rochester township, which included Foxville as well as all of Racine County west of Mount Pleasant, was established. On March 9, 1839, Burlington township (including at the time what is now the Town of Dover) and much of Brighton were separated from Rochester.

Burlington was a major New England settlement. The original founders of Burlington consisted entirely of settlers from New England, and inherited "Yankee" culture, that is, they were descended from the English Puritans who settled New England in the 1600s. They were part of a wave of New England farmers who headed west into what was then the wilds of the Northwest Territory during the early 1800s. Most of them arrived as a result of the completion of the Erie Canal. When they originally arrived in the area, there was nothing but dense virgin forest and wild prairie. The settlers laid out farms, constructed roads, erected government buildings and established post routes. They brought with them many of their "Yankee" New England values, such as staunch support for abolitionism as well as a passion for education and the subsequent construction of many schools. They were mostly members of the Congregationalist Church, though some were Episcopalian. Due to the second Great Awakening some of them had converted to Methodism before moving to what is now Burlington. Burlington, like much of Wisconsin, would be culturally similar to early New England for most of its early history.

From 1844 to 1850, the town of Voree, just to the west of Burlington, was the headquarters of the Church of Jesus Christ of Latter Day Saints (Strangite), one of many sects founded during the LDS succession crisis following the death of Latter Day Saint movement founder Joseph Smith. Although James Strang's group relocated to Beaver Island, Michigan in 1850, his parents remained in Voree. After Strang was shot by two disgruntled members in 1856, he was taken to Voree where he died. He is buried in a cemetery in Burlington. Strang's church still maintains a congregation in Voree to this day, and the local historical society has erected a monument to the Mormon settlement there.

Culture and points of interest

The community of Voree, home to the Church of Jesus Christ of Latter Day Saints (Strangite), is located just outside the city.

Burlington is nicknamed "Chocolate City, U.S.A.", because of the Nestlé chocolate factory built there in 1966. It is also home to an annual ChocolateFest on Memorial Day weekend.

Since 1929, Burlington has also been the home of the Burlington Liars' Club.

The Malt House Theater, the building being the former home of the Finke-Uhen Brewery, is located along the Fox River within the city of Burlington, and the theater is home to the community theater company Haylofters, Inc. Haylofters has been in continuous operation since 1932.

In 2006, the semi-pro football team, the Burlington Blue Devils, was established.

Home of the Burlington Barons, a semi-pro baseball team that is part of the Land O'Lakes League Southwest Division. They play at Beaumont Field.

Anglers enjoy fishing on Echo Lake and on the Fox River. 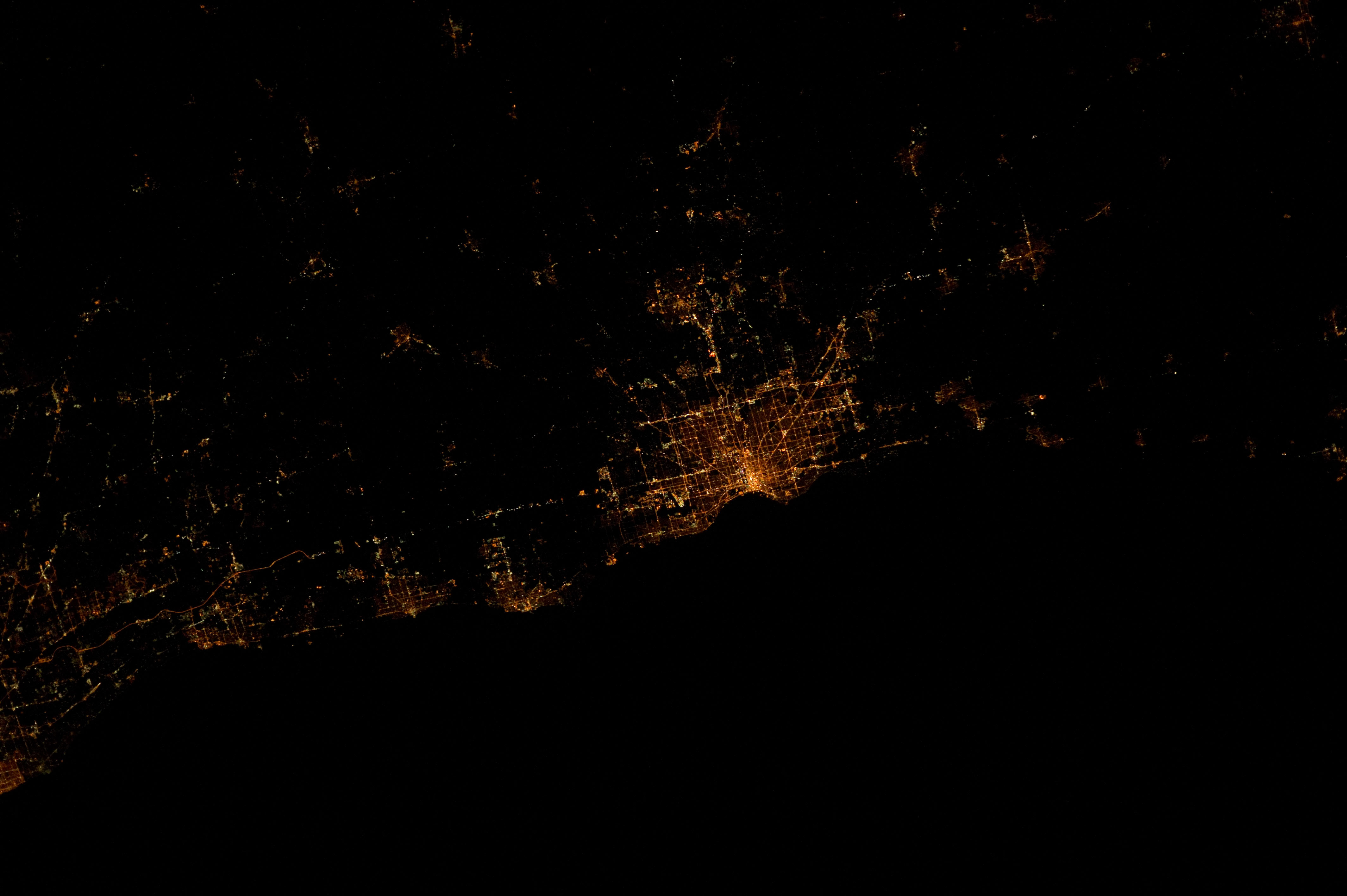 The following highways pass through or near Burlington: 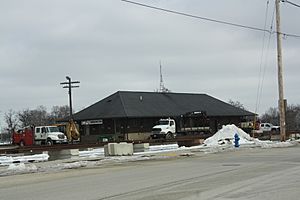 The first railroad to pass through Burlington was built in 1855 by the Racine, Janesville and Mississippi Railroad Company. Its construction nearly bankrupted Racine. The line was later reorganized as the Western Union Railroad and eventually incorporated into the Chicago, Milwaukee and St. Paul Railroad Company, . (better known as the Milwaukee Road) On the Milwaukee Road, this line was referred to as the "Racine & Southwestern" Division and is often referred to as the "Southwestern" Line.

The Milwaukee Road operated its last train west of Burlington in 1982. In 1985 the Soo Line purchased what remained of the Milwaukee Road, and reorganized their existing line through Burlington as a part of a new subsidiary known as Lakes States Transportation Division in 1986. Lakes States did not achieve the cost savings that the Soo Line had envisioned and was sold to the new Wisconsin Central Transportation, which commenced operations on October 11, 1987. The Wisconsin Central Limited was acquired by the Canadian National Railway in 2001. The Canadian National Railway remains the operator of the rail line through Burlington.

The first school classes in Burlington were taught in 1838. One of the first teachers was William P. Lyon, later a Justice of the Supreme Court of Wisconsin. The settlement's first schoolhouse was built in 1839, and classes were taught there irregularly for the next 15 years. An act of the Wisconsin Legislature in 1857 incorporated the Burlington Union School District of Racine County. In 1858 and 1859, a schoolhouse was built for the district's use. Now called Lincoln School (Burlington, Wisconsin), the building is now used as the headquarters for the Burlington Area School District. Early quarrels about the management and costs of the school led to the creation of two rival school boards, each claiming to be legal; a new board gained control in 1861, and lasting stability came to the system in 1872.

Burlington's first private school, the Burlington Academy, was founded in 1844 as a result of dissatisfaction with the other schools operating at the time. One of its early teachers was John F. Potter, later a Congressman from Wisconsin. The Burlington Academy no longer operates.

Private and parochial schools in Burlington include:

Burlington is the home of the U.S. Order of Friars Minor Novitiate for Friars in Formation for religious life.

All content from Kiddle encyclopedia articles (including the article images and facts) can be freely used under Attribution-ShareAlike license, unless stated otherwise. Cite this article:
Burlington, Wisconsin Facts for Kids. Kiddle Encyclopedia.