The stadium was used to host the 1982 FIFA World Cup and the 1992 Summer Olympics. It also hosted the 1999 UEFA Champions League Final between Manchester United and Bayern Munich. 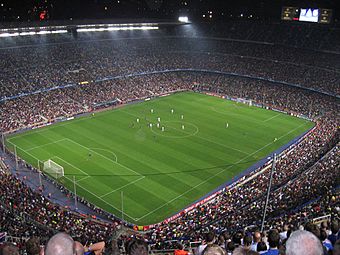 View of the stadium from the top. 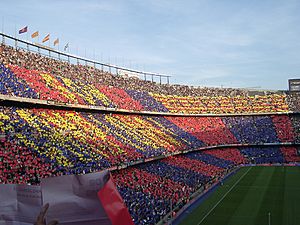 Renovations are to be made for the stadium that would increase the capacity by about 5,000 people, which would bring the capacity up to around 105,000.

All content from Kiddle encyclopedia articles (including the article images and facts) can be freely used under Attribution-ShareAlike license, unless stated otherwise. Cite this article:
Camp Nou Facts for Kids. Kiddle Encyclopedia.