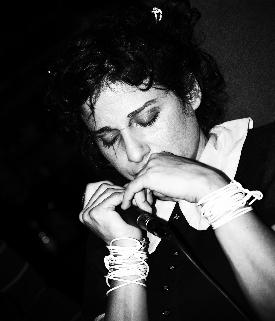 Carla Bozulich is an American musician. She is known for being the lead singer of the Geraldine Fibbers. She was born in New York City. In 1993 Happy Days, Sweetheart, the only album by Ethyl Meatplow, a band Bozulich was a member of, was released. In 2003 she released her first solo album, The Red Headed Stranger. In 2012 she released an album with Ches Smith.

All content from Kiddle encyclopedia articles (including the article images and facts) can be freely used under Attribution-ShareAlike license, unless stated otherwise. Cite this article:
Carla Bozulich Facts for Kids. Kiddle Encyclopedia.