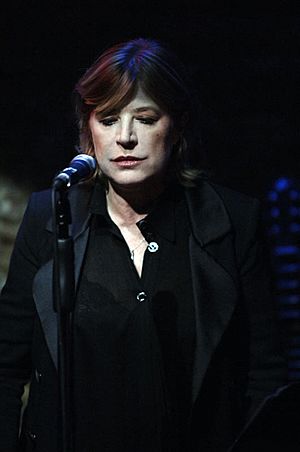 Marianne Faithfull (born 29 December 1946) is an English singer and actress who has had many hit songs, solo and with other singers. Her singing career began around 1964. Faithfull was born in Hampstead, London, England and is of Austrian ancestry.

All content from Kiddle encyclopedia articles (including the article images and facts) can be freely used under Attribution-ShareAlike license, unless stated otherwise. Cite this article:
Marianne Faithfull Facts for Kids. Kiddle Encyclopedia.